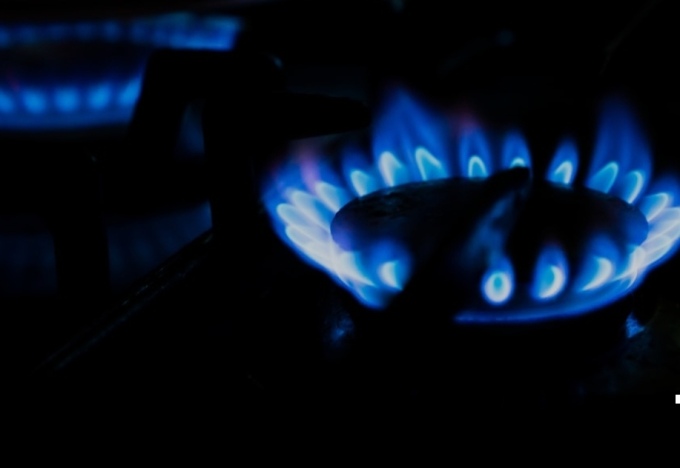 THE UK is the hardest hit country in Western Europe by the energy crisis with half of households pushed into fuel poverty as rises in prices in the past year have more than doubled.

In The Energy Crisis: Who’s Cashing in? presented by Bronagh Munro for Panorama on BBC1, and available now on the iPlayer, energy companies are shown showering themselves in cash at the expense of consumers. Meanwhile, the ideologically driven Tory Government is resolutely taking the country further into recession and rising debt.

Currently, Norway is our biggest supplier of gas, and provides 25-30% of our gas. In the first six months of this year, 2022, we paid Norway an extra £8 billion pounds, and since then the cost of gas has soared, rising fivefold. But the irony of all of this is that though UK households will pay £100 billion more for energy than they did last year, they shouldn’t have to because unlike Europe, UK citizens don’t depend on Russian gas. The UK produces fifty per cent of its own gas, also producing electricity cheaply and efficiently from nuclear and other forms of renewables like windfarms. Another irony is that Norway itself currently gets 98% of its energy needs from renewables, selling most of its fossil fuels onto the rest of world.

Instead of consumers getting the benefits of the UK having its own reserves, British oil and gas companies are cashing in. As they’re not owned by the state, shareholders and pensioners are getting larger and larger pay-outs. In one quarter this year, BP and Shell raked in £16 billion, or about a £100 million a day.

BP boss Bernard Looney, as shown on the Panorama programme, has described BP’s profits as a cash machine, while Ben van Beurdan, CEO of Shell, recently admitted that energy companies should be taxed to curb their excessive profits. With regard to those struggling to meet the cost of rising energy, however, they tamely  state their intention is to help by investing long-term in low-carbon energy.

In May, the government announced an additional 25% profit on its own gas. Rishi Sunak, the then Chancellor of the Exchequer, introduced a temporary windfall levy – to raise £5 billion over the following year.  However, Dan Niedle, a former tax advisor to Labour’s Government, says that it’s not, strictly speaking, a windfall on energy as it’s not applied retrospectively. The profits from the last six months aren’t touched. This is because the levy has an investment allowance attached, intended to encourage investment. Unfortunately, as the timeline window is comparatively small – measured in months, not years – it is a mechanism that spews money, without actually generating any returns. In effect, another Tory scam aimed to transfer a £3.2 billion cash give-away from the state to preferred ‘investors’.

Among normal consumers, the effects of such rampant profiteering is causing enormous strife for families, while creating huge profits for gas companies. At the beginning of this month, Centrica was offering its consumers a fixed £8000 per annum tariff on energy consumption, based on average family usage. A sum hugely out of reach for most ordinary families. Newly selected Prime Minister Liz Truss, perhaps advised that the electorate might react adversely, has stepped in with a huge election-pleasing bung (or so she hopes) in the form of a gas energy rebate funded through long-term borrowing, creating a £37 billion energy package, that will subsidise the amount consumers pay through an arbitrary energy cap.

In all of this, a key ideological issue takes centre stage. Instead of governments taking direct action to ensure institutions function on behalf of the electorate and, where necessary, control them, which is what happened prior to Thatcherism and Blairism, markets are instead regulated by government through institutions, such as Ofgem. As the Government regulator, Ofgem sets a maximum level of energy for each unit of gas sold, but as it quickly found, it had to continually revise the cap upward to stop suppliers from going bust (and twenty-six did anyway!). Cristina Farnish, a former Ofgem Board member, says that there are two major competing issues at stake: one is keeping the market stable; the other, is protecting the interests of consumers. When the board she was on chose the former over the latter, she resigned as in her view the rights of consumers should have been placed above those of the market. Interestingly, asked if the price cap was fit for purpose by Panorama, she said: ‘The price cap was designed to deal with yesterday’s problems, not today’s, which are extremely high and volatile energy prices, as it can’t reduce the wholesale price because it only deals with the retail end of the market.’ She went on to add that, ‘Only governments can provide those solutions.’

While gas rises so does the price of electricity from £80 to £400 a megawat hour. The curious aspect of this is that 50% of electricity comes from renewables, including nuclear and windfarms. No matter how the electricity is produced it always tracks the price of gas, despite the fact that 40% of UK electricity is generated cheaply and efficiently. For those producers who don’t use gas to make electricity, serious profits are made by trading electricity as if it were generated by the same gas that is currently subject to world-price hikes. In the UK, Panorama states, 15% of electricity comes from nuclear, such as the Sizewell B Plant. EDF, the French company that owns UK nuclear power stations like Sizewell, hasn’t yet made vast profits as ‘it’s locked into long-term sales contracts at much lower prices.’ To stop ‘rampant profiteering’ within France, Aaron Bastani from Novara media, has said that Macron’s government have decided to renationalise EDF.

Nonetheless, when these contracts end in the UK, it will be bonanza time for EDF as they will be able to sell energy for record highs, well above what it actually costs them to make the energy. Centrica, under less restraint as a supplier, is already doubling the cash it is asking for its nuclear generated energy. So that last year it made a record £262 million profit. Likewise, windfarms that can make a megawat hour of electricity for less than £50, are now making huge profits, not basing this on what it actually costs them to make the energy, but by hitching their prices to the international gas market, and then selling their megawat hour at four times the value, forcing consumers who have little choice in a ‘regulated’ market, to buy their over-inflated product. If all of this wasn’t twisted enough, some windfarms additionally get a handout from the Government from a twenty-year-old subsidy previously put in place to encourage ‘green energy’. In effect, older windfarms have two revenue streams.

Greencoat windfarms is one such company. The company argues that it pays a fixed dividend to its sharefolders and that its cash is ‘reinvested into further renewables capacity in the UK.’ Accordingly, it has invested £4.1 billion and is part of ‘the UK’s long-term energy security and lower carbon transition.’ But, as the programme reveals, it and other companies like it, in reality add £6 billion to consumer bills.

The Government has said, rather tentatively in this reviewer’s opinion, that it is looking for ways to ‘decouple’ the price of electricity from the price of gas. But so far in 2019, the profits going to electricity producers, what Professor Michael Grubb calls the ‘wholesale’ generators, rose from £14.5 billion to £30 billion by 2021 which should, he says, double again, to £50 billion by the end of this year. Even conservatively costed, savings of £10 billion a year would be possible if prices actually reflected the cost of producing electricity, instead of tracking gas as they currently do.

The government’s £37 billion energy package should see most families get a £400 discount on their energy bills. In this scheme, 1-4 UK families will get £1200. It also says that ministers are ensuring that energy markets function efficiently for consumers. Really? The UK’s economy is spiralling out of control, and will continue to do so, while governments and their regulatory bodies continue to prioritise what amounts to the off-the-scale looting of state assets over the welfare of its own people. 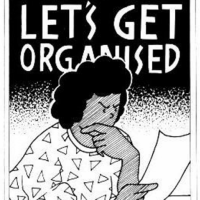 A blog full of tips, inspiration and freebies!

Musings and books from a grunty overthinker